“I know more about wind than you do. It’s extremely expensive.” said Trump while addressing a question regarding climate change. Trump went on to state that wind power “kills all the birds” and that it causes more pollution compared to natural gas-fired power plants. Associated Press examined Trump’s claims in a fact check article.

This is not the first time Trump has made false claims deriding wind energy. Trump made similar remarks in 2019, saying that wind turbines reduced property values by 50% and exaggerating the carbon footprint of manufacturing wind turbines, as reported by Vox. 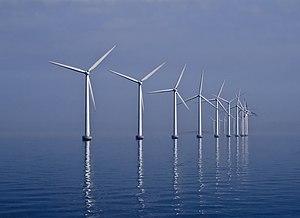 Firstly, Trump’s claim that wind power is extremely expensive is wrong. Wind energy costs have reached their lowest point in recent years, with prices averaging below 2 cents per kilowatt-hour. The 2020 Wind Technologies Market Report by the Lawrence Berkeley National Lab states that wind power adoption has steadily increased and that it now composes more than 7% of the national electricity supply.

Lastly, Trump’s comments about the air pollution caused by wind turbine manufacturing are also overblown. While wind turbines do produce pollution when they are made, they produce almost no pollution during operation. According to the National Renewable Energy Laboratory, wind turbines produce an average of 0.4 ounces of CO2 per kilowatt hour generated (this includes emissions released during manufacturing). In comparison, natural gas-fired power plants produce around 22.6 ounces of CO2 per kilowatt-hour.